HARTMANNMUELLER is the name of the two choreographers and performers Simon HARTMANN and Daniel Ernesto MUELLER. They met in 2006 while studying to become  stage dancers at the Folkwang University of the Arts in Essen and then went on to found the artist collective HARTMANNMUELLER in 2011. In 2015, they received the City of Düsseldorf’s Performing Arts Award. In 2021/23 they will also receive top funding from the state of NRW.

On stage and in their expressive photo campaigns, HARTMANNMUELLER present themselves as artistic figures who skilfully play with stereotypes and pop-cultural aesthetics and plant a twinkle behind the viewer’s eyes. Their artistic profile spans humour and seriousness, dance and performance, different gender roles, clichés and reveries. At the centre is the human being in his or her behaviour as an eccentric individual who is constantly trying to create meaning, but none the less finds himself surrounded by nonsense. In doing so, they entertain, challenge and strain their audience in the best sense of the word. Stylistically, they take their cue from the film and pop culture of the 80s and 90s.

Their plays are spaces full of poetics in which every prop, every costume, every sound snippet can be the carrier of another storyline that we often think we know – only to have HARTMANNMUELLER breathe a life of its own into it and question our ideas. At the same time, they are never instructive.

The works are not aimed at any particular target group. Rather, they work on a universal stage language that can be received and understood differently by young and old.

With the tanzhaus nrw Düsseldorf and the Ringlokschuppen an der Ruhr Mülheim as co-production partners, as well as PACT Zollverein Essen and Fabrik Heeder Krefeld as supporters, in the sense of residency and reflection space, they are broadly positioned in NRW. Their choreographic works tour internationally and are shown at renowned venues. In addition to the Ministry of Culture and Science of North Rhine-Westphalia, their productions are regularly supported by the Kunststiftung NRW, the NRW Landesbüro Freie Darstellende Künste, the Cultural Office of the City of Krefeld and the Cultural Office of the City of Düsseldorf.

Are you interested in new, surprising and exciting things?
Just register. 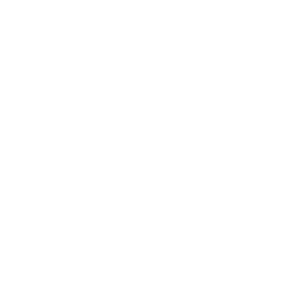